Login
Expand all Collapse all

The Anatomical Society at Cheltenham Festival 2016

This year the stand was organised by Profs. Abigail Tucker and Jeremy Green from KCL, showcasing the fundamental biology that shapes tissues in the body and that may one day lead to regenerative approaches to medical therapies. On Friday the theme was "Life in death" explaining the role of apoptosis in shaping tissues in the body, while on Saturday we moved to " Cellular body sculpting" to show how tissue folding generates anatomical pits, grooves and tubes in a sort of biological origami. The team of PhD students and postdocs, including Anatomical Society funded students, where kept busy while the visitors tried out working models of embryonic placode formation, making play-doh hands, and getting to grips with microscopes.

Elsewhere in the festival Prof Alice Roberts gave a talk on "The art of anatomy", and Anat Soc fellows from the RVC were involved in a stand showcasing bones, evolution and mechanics. 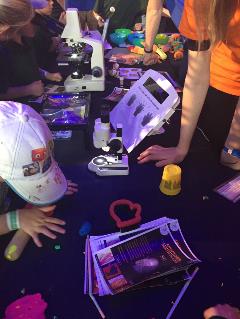 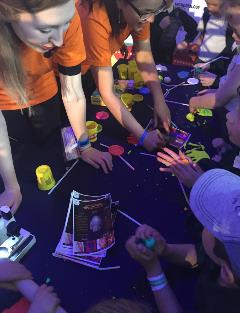 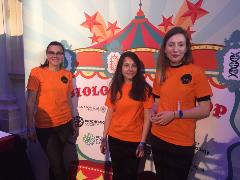 This June thousands of school students, families and community groups were entertained and educated at an Anatomical Society sponsored stand in the Discovery Zone stand at Cheltenham Science Festival.  In a joint collaboration between the Anatomical Society and King’s College London Dental Institute, a group of Anatomical society members and King’s PhD students set up a stand and showcased some of the exciting research activities currently going on in anatomy.

Led by Dr. Abigail Tucker, Reader in Craniofacial Development and Anat Soc member, the team interacted with the crowds at the busy stand. Visitors could find out about the different strategies of tooth regeneration used throughout the animal kingdom, from sharks to beavers, and learn to identify animals from their teeth. Proving popular and drawing the crowds, the stand profiled the exciting developments on the future of creating bioteeth using stem cells.

Dr. Tucker found the activity incredibly rewarding: “ The stand was always full of visitors interacting with the exhibits and getting excited about anatomy”. 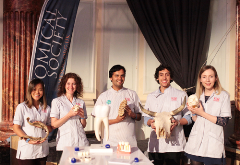 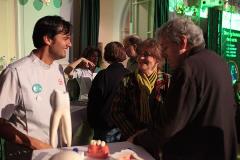 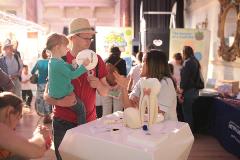